The Era of the Founders

Los Angeles was a rough-and-tumble frontier town in the early 1870s, when a group of public-spirited citizens led by Judge Robert Maclay Widney first dreamed of establishing a university in the region. It took nearly a decade for this vision to become a reality, but in 1879 Widney formed a board of trustees and secured a donation of 308 lots of land from three prominent members of the community: Ozro W. Childs, a Protestant horticulturist; former California governor John G. Downey, an Irish-Catholic pharmacist and businessman; and Isaias W. Hellman, a German-Jewish banker and philanthropist. The gift provided land for a campus as well as a source of endowment — the seeds of financial support for the nascent institution. 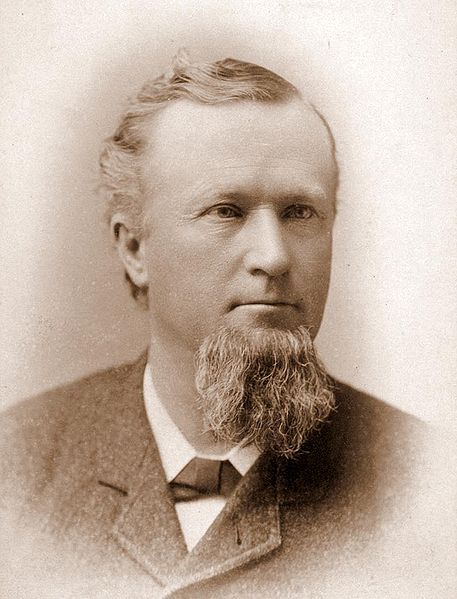 More than anyone else, real estate promoter, attorney and judge Robert Maclay Widney was responsible for setting into motion the events that led to the founding of USC.

A poor Ohio farm boy, Widney left home at 16, arriving in Northern California in 1857. After working at odd jobs, he entered the University of the Pacific, and upon graduation, taught mathematics and geology there while studying law on the side. He was admitted to the California and Nevada bars in 1867 and decided to settle in Los Angeles. He soon found that legal advice was less marketable than real estate in the little town, however, so he diversified, selling land to newcomers, settling land claims and boundary disputes, and publishing a monthly newsletter, Los Angeles Real Estate Advertiser. Using land he accepted in lieu of fees, he developed such towns as Pacoima, San Fernando, Ontario, Victorville and Long Beach. In 1871, Widney intervened as violent anti-Chinese rioting stormed through town, drawing his pistol and plunging into the mob to escort several immigrants to safety. In December of that year, he was appointed a U.S. district judge.

Widney was instrumental in a number of advances in Southern California. He helped bring the Southern Pacific Railroad to Los Angeles, establish the city’s first horse-drawn trolley and organize the first chamber of commerce. He also helped form the Los Angeles County Bar Association and incorporate the city’s first light and power company.

When the University of Southern California was founded, largely through his perseverance, he was elected the first president of its board of directors and was one of the original trustees of the endowment fund.

The three men who made the original gift of land to establish the University of Southern California were as diverse as nineteenth-century Los Angeles. They came from three different countries and practiced three different religions, but the civic-mindedness they shared helped direct the course of their young city for decades to come. 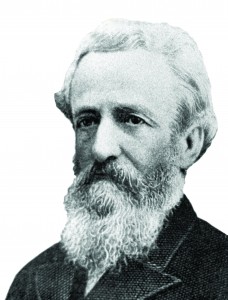 Ozro W. Childs was born in Vermont in 1824 and, after paying his own way to gain an education, became a schoolteacher. A lifelong battle with asthma, however, prompted him to move to Ohio, where he hoped to find a more congenial climate. There he learned tinsmithing, a trade that provided a livelihood when the Gold Rush lured him to California in 1850. Although he prospered, he soon opted for the milder climate of Los Angeles, where he and a partner opened a tin shop, then switched to selling groceries and other provisions — the first of a series of successful ventures. In 1857, he turned to horticulture and founded yet another profitable business, a nursery importing and selling exotic trees and plants. A few years later, the city hired him to construct an irrigation ditch, or zanja, for the city. Instead of money, he took land as his payment. The parcel he received was bounded by Main, Figueroa, 6th and 12th streets. When he put the property on the market, his wife named some of the streets after the three Christian graces: Faith Street (which became Flower), Hope Street and Charity (which became Grand Avenue). A fourth street, called Calle de los Chapules in recognition of its large population of grasshoppers, became Figueroa. In 1884, he opened a new theater on Main Street, known as Childs’ Opera House. 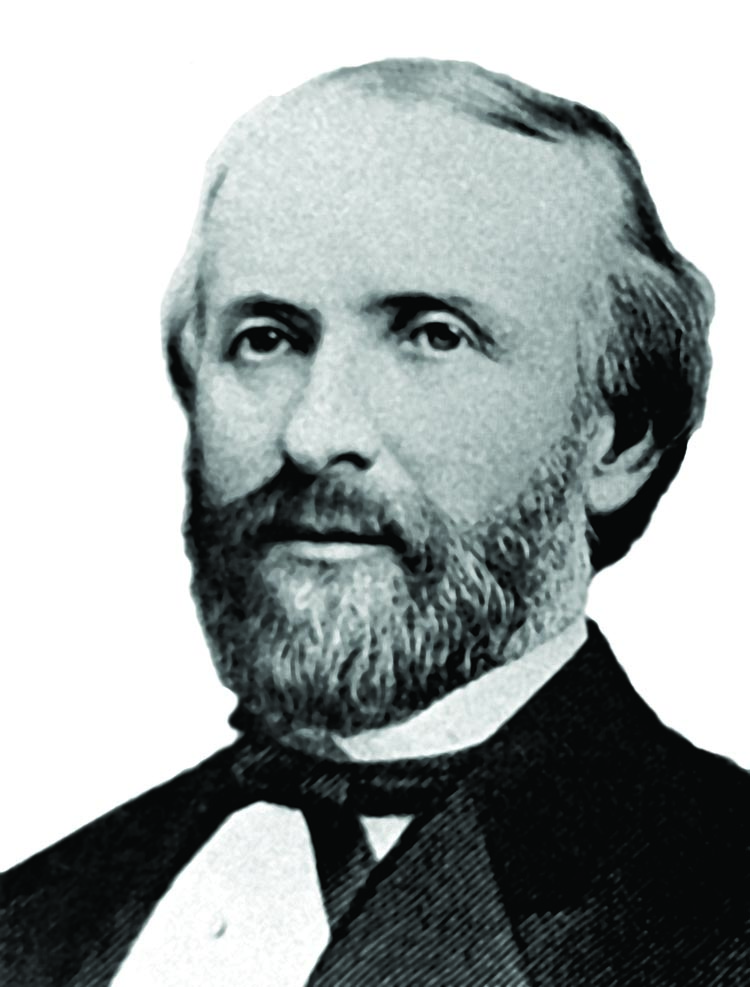 John G. Downey, a native of County Roscommon in Ireland, like Childs, was drawn to California by the Gold Rush. He emigrated to America in 1842 and as a young man was apprenticed to a druggist in Washington, D.C. After learning the pharmacy trade, he opened drug stores in Mississippi and Ohio before arriving in California in 1849. In 1850, he opened the second drug store in Los Angeles, and became a U.S. citizen the following year. Active in his adopted community, he joined its first volunteer police force and was instrumental in bringing the Sisters of Charity to town to provide hospital services and care for orphans. In 1855, he was elected to the state assembly, and in 1859, he was elected lieutenant governor. He became governor of California a year later, when Governor Milton S. Latham was elected to the U.S. Senate. The state prospered under Downey’s leadership, but he failed to be reelected and subsequently returned to Los Angeles. He entered the banking business; subdivided the Santa Gertrudis Rancho, which gave rise to the town that bears his name; and served as president of the first board of trustees of the Los Angeles Public Library Association. He also helped organize the chamber of commerce and took part in the creation of the Los Angeles Water Company. 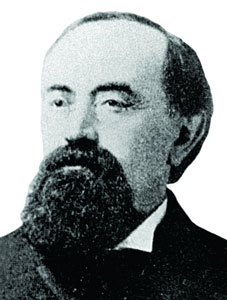 Isaias W. Hellman was born in Bavaria and emigrated to Los Angeles in 1859. He began his career in the clothing business, working for his cousins. He soon discovered, however, that since the town had no banks, many people left money in the safekeeping of merchants they trusted. Figuring that he might as well open a bank if he was expected to perform banking services, he established his first financial institution in a corner of the clothing store. By 1865, he was in business for himself, selling dry goods. At the end of the decade, he sold the store and opened a bank, the second organized bank in Los Angeles. In 1871, he opened the Farmers and Merchants Bank, naming Downey as president. Childs served on its board of trustees. When Downey stepped down in 1876, Hellman succeeded him. Hellman also oversaw the establishment of the first synagogue in Los Angeles in 1871 and served as its president.

In 1874, Childs sold Downey and Hellman one-half interest in the tract of land he owned in West Los Angeles, at today’s Exposition and Vermont. The partners quickly concluded that it held few possibilities for agriculture, and two years later, they decided to subdivide it and sell lots. Unfortunately, in the sluggish economy, sales proved slow. When the partners learned that the Methodists were looking for a location for a new university, they offered a portion of it to be used as the campus and as the basis for an endowment, changing the course of Southern California’s history.

Judge Robert Maclay Widney persuades “Yankee Don” Abel Stearns to donate his Laguna Rancho to create an institution of higher education in Los Angeles, but Stearns dies before the transaction is complete.

The Reverend John R. Tansey takes steps to organize a university, but again, death will put an end to the plans.

Judge Widney forms a board of trustees and secures a donation of 308 lots of land from three community leaders — Ozro W. Childs, a Protestant horticulturist; former California governor John G. Downey, an Irish-Catholic pharmacist and businessman; and Isaias W. Hellman, a German-Jewish banker and philanthropist.

Filed August 5, 1880, USC’s original articles of incorporation establish an 11-member Board of Directors and call for a university that will be “open in every respect for the equal education of both sexes.”