The University of Southern California is one of the world’s leading private research universities. An anchor institution in Los Angeles, a global center for arts, technology and international business, USC’s diverse curricular offerings provide extensive opportunities for interdisciplinary study and collaboration with leading researchers in highly advanced learning environments.

In a comprehensive 2020 ranking, The Wall Street Journal and Times Higher Education ranked USC 18th among more than 1,000 public and private universities. Among all California institutions — public and private — only USC, Caltech and Stanford University ranked within the top 20. Of the 150 universities surveyed in the western U.S., USC ranks No. 3. Among the top 25 schools, USC ranked No. 2 in engagement and No. 5 in environment, a measure of diversity and inclusion.

This year, USC received a record number of applications for its fall freshman class — more than 64,000 applied — making 2018-2019 the institution’s most selective year on record, with a record-breaking acceptance rate of 13 percent. One in seven students (14 percent) of the class of 2022 are first-generation college students. With one of the most abundant financial aid pools in the country, USC provides more than $337 million in scholarships and aid. 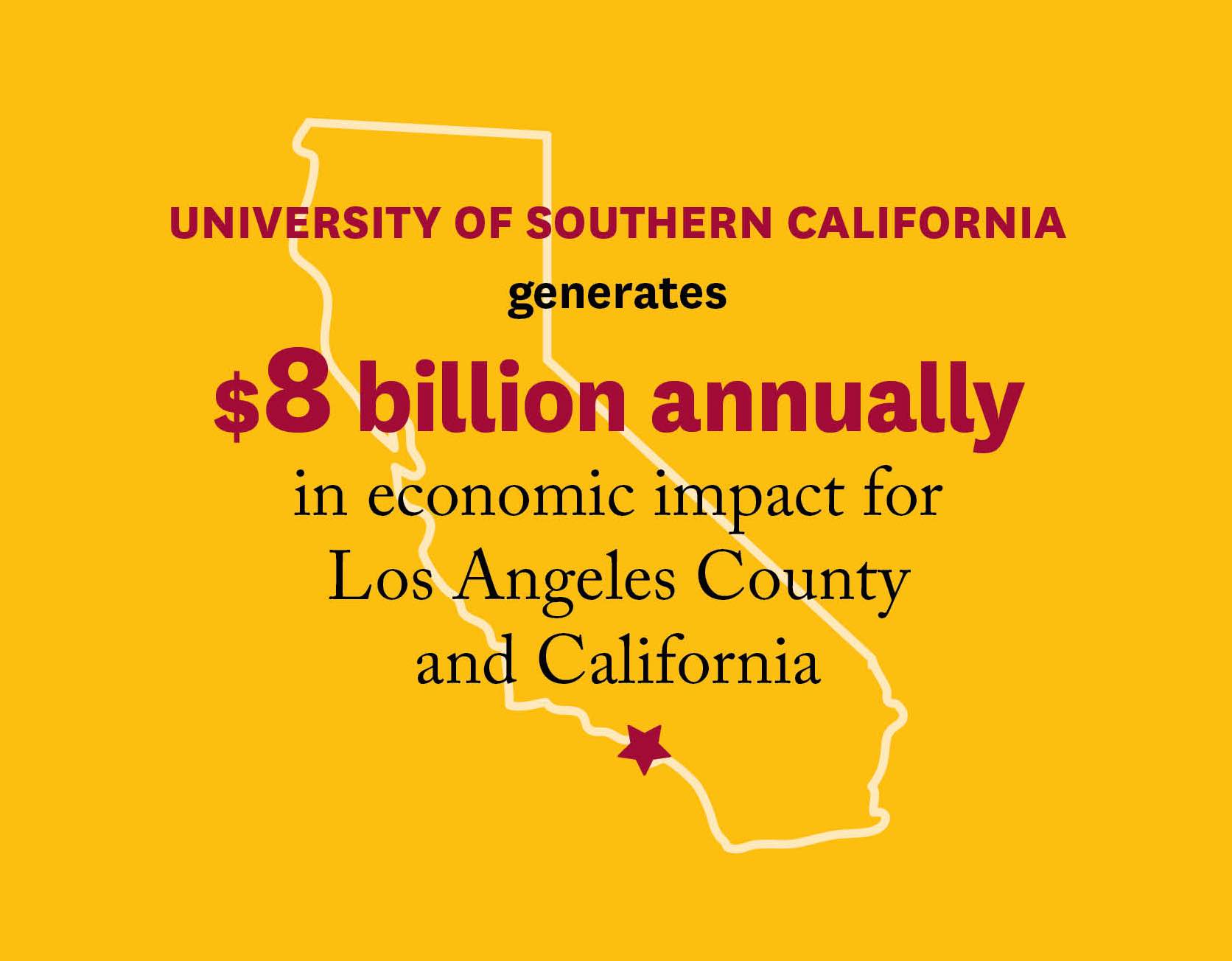 USC first opened its doors to 53 students and 10 teachers in 1880, when the newly founded “city” still lacked paved streets, electric lights, telephones and a reliable fire alarm system. Today, USC is home to 44,000 students and 4,000 full-time faculty, and is located in the heart of one of the most vibrant and diverse cities in the world.

Timeline Click the photos to learn more. previous next

For more, see the full timeline of key events in USC's history.

Located in the heart of Los Angeles, USC’s University Park campus is part of the city’s Downtown Arts and Education Corridor and is home to the USC Dana and David Dornsife College of Letters, Arts and Sciences and many professional schools. The Health Sciences campus, northeast of downtown Los Angeles, is home to the Keck School of Medicine of USC, the School of Pharmacy, three major teaching hospitals, and programs in Occupational Science and Occupational Therapy and in Biokinesiology and Physical Therapy. USC also has programs and centers in Marina Del Rey, Orange County, Sacramento, Washington, D.C., Catalina Island, Alhambra and around Southern California. Children’s Hospital Los Angeles, staffed by USC faculty from the Keck School of Medicine, is often referred to as USC’s third campus.