A new independent economic impact study on USC shows that the university is one of California’s strongest economic engines. The study found that USC spurs $8 billion annually in economic activity in the Los Angeles region and California. The snapshot indicates the university will contribute well more than $80 billion to the economy over the next decade.

According to the analysis, conducted by Beacon Economics, USC generated:

The University of Southern California also attracted $697 million in sponsored research to fund studies in biotech, public health, biomedical engineering, cancer and Alzheimer’s disease, among others. 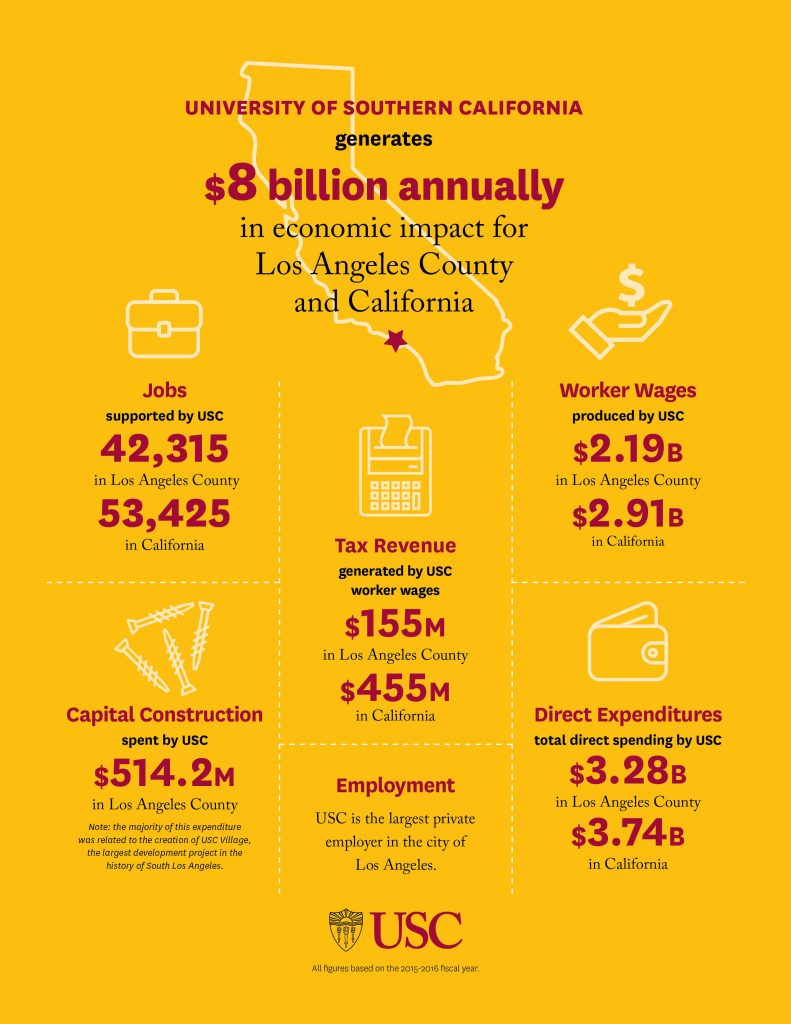